As PNWTS moves forward with our Hydrogen fuel-cell conversion project, we are delighted to have the support of Clean BC’s Cleaner Transportation initiative.  The funding provided will allow us to work closely with Empire Hydrogen Energy Services of Sidney, BC, to install their proprietary Fuel Enhancement System™.

This revolutionary system contains many electrolyzing cells of several stainless steel plates, each accurately spaced by insulating gaskets containing holes for the water and the hydrogen (H2) + oxygen (O2) gas mixture produced. The cells are connected electrically and mechanically by stainless steel bolts.

Distilled water does not conduct electricity, so an electrolyte (potassium hydroxide – chemical symbol ‘KOH’) is added to the water to allow it to conduct an electric current. An electrical potential of ~12 volts DC is applied to the steel plates in the system’s cells, containing water and the KOH electrolyte.

The current through the cells is regulated by a proprietary electronic Control Assembly, which optimizes the amount of hydrogen and oxygen generated at all times according to 12 constantly monitored engine parameters. The 2:1 mixture of H2 and O2 gases produced is then used as an “accelerant” to the fuel combustion process in the engine.

In the Empire Hydrogen Fuel Enhancement System, the hydrogen-oxygen mixture is generated “on-demand” and produced only when the engine runs. It is not stored on the vehicle, and it is not used as fuel. When introduced into the engine’s air intake, the mixture of hydrogen and oxygen gases dramatically improves the combustion of the fuel mixture in the engine’s cylinders. More effective fuel combustion results in lower fuel consumption, reduced harmful exhaust emissions, fewer diesel particulates, and more power and torque.[1] 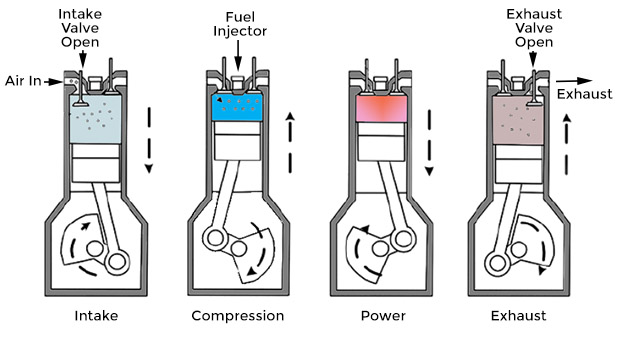